The Story of a Fitness Resurrection

Posted on January 28, 2015 By My Perfect Breakdown

Once upon a time there was an active girl.  As a kid she was always up to something that was physically healthy – swimming, soccer, volleyball, skating, track and field and even curling.  In fact, her parents had a rule that she had to be involved in 2 evening activities a week, as a young child often one was social like brownies and one sports related.  As a teenager it was always sports and a part-time job.  Some of her teams and individual sports she made it to Provincials, and in fact was fortunate to be part of winning teams.  Throughout she was never the all-star on the team, but she always held her own.

As an adult she loved spin class so much she attended two different classes a week at 5:30am before work.  She often had a gym membership and sometimes even had a personal trainer.  On nice days she could often be found going for a run/jog, sometimes almost literally dragging her non-athletic dog alongside.  Sometimes she attended yoga classes. She would spend her summer weekends hiking in the

mountains, sometimes going 10-20 kilometers into the back country with her giant pack for a few days at a time (with her dog and husband of course).  She played on an adult soccer team.  And one time she even ran a 5km to raise money for a local charity.  She would spend her winter weekends on the ski slopes.  When possible she would bike to work during the summer to both spare herself rush hour traffic and to fit in some exercise.

Then one day she had a miscarriage.  Then she had another, and another.  The specialist told her to stop doing any exercise beyond walking her dog after she ovulated every month.  Honestly, it wouldn’t have mattered what the doctor said, she was too scared to exercise anyways.  What if it was something she was doing that was causing the losses?  So, she quit her soccer team and gave up her gym membership.  She stopped going to spin class and stopped going for an evening run with the dog.  She gave up yoga and cycling.  She didn’t go skiing and she never went hiking.

The pregnancy – miscarriage cycle ran fowl with her life for over two years. The inactivity weight gain was compounded and even accelerated by the fact that with each pregnancy, she put on some weight as most pregnant women do.  With each loss she seemed to put on a bit more weight presumably from not eating well enough. The whole thing was turning into a vicious cycle that had no end in sight.

Beyond struggling with all of her losses, she also struggled with not having physical activity in her life.  She always used exercise as a mental health release on stressful days.

So, two years later, she finally saw another doctor who gave her a second opinion.  He said, yes, do go for a run every day.  His only restriction was that I do not start training for a marathon.

So, first she started running again.  She found her two year old new shoes, still in the box and ventured outside one afternoon for a jog.  It was hard work.  She had never been this out of shape before.  She hurt.  But she persevered and went again the next day. 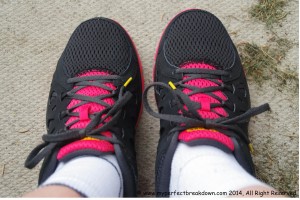 Her husband encouraged her and even joined her.  They started working out together 5 days a week.  As the season had changed and the weather turned cold, they started using the fitness equipment they already had – a treadmill and their road bikes that were set up on an indoor trainer for the winter.

Eventually they expanded their home gym with a bit of help from her parents when they gifted them an elliptical machine.  They bought some additional weight equipment second-hand online.

They hired a personal trainer who set them up with a program that they can do at home using their own equipment.

And that my friends is the story of how Mr. MPB and I have resurrected fitness and part of how we are reclaiming our lives.

← Adoption Home Study: First 10 Thoughts
My Olive Branch is Broken and I May Not Repair It →

38 Comments on “The Story of a Fitness Resurrection”